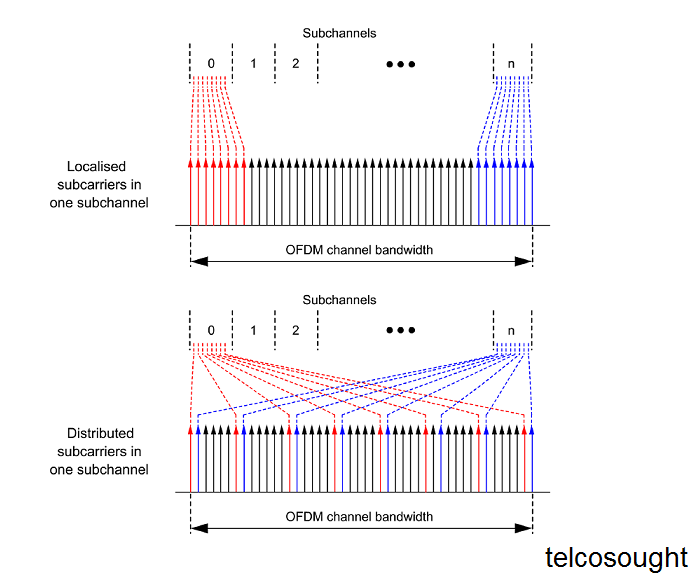 Hi everyone in this 4g ran and 5g ran articles we learn about the OFDM Subchannelization Organization. In reality, subchannelization is typically achieved through the systematic grouping of all subcarriers available into a predetermined subchannel. Also, learn  OFDM Channel Adaptation. The quality of radio links can be affected by several elements, including interference, fading as well as time dispersion.

In reality, subchannelization is typically achieved through the systematic grouping of all subcarriers available into a predetermined subchannel. The smaller the set of subcarriers within each subchannel, the more precise the resource allocation.

In certain systems, the subchannel definition can be fixed, and the allocation of resources is merely the selection that one subchannel or another that are assigned to some or all symbol period. However, the system’s performance could be enhanced when the subchannel structure is modified to be adjustable.

The most important feature of subchannel structure is the method that subcarriers in groups are assigned from within the bandwidth of the channel. There are basically two choices that can be used: they could be distributed or localized.

The top of the diagram depicts the subchannelization structure where all subcarriers in a subchannel are localized. Because all the subcarriers within the subchannel are identical in frequency, there is no or little frequency diversification gain. The advantage of this method is the high correlation in the propagation characteristics of each subcarrier. This high correlation allows for an accurate estimation of the channel and hence adaption, to be made. This particular approach provides the most efficient performance when the appropriate techniques such as MIMO (Multiple Input Multiple Output) antenna systems are employed.

The lower section of the diagram depicts the subchannelization structure where the subcarriers of a subchannel can be spread across the channel’s bandwidth. This method has the distinct advantage of increasing frequency diversity in the channel. 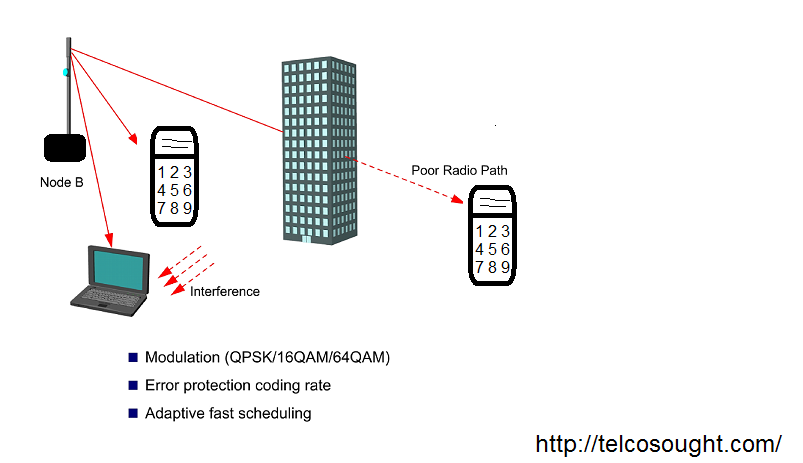 The quality of radio links can be affected by several elements, including interference, fading as well as time dispersion. Mobile radio channels that are terrestrial generally considered to be non-line of sight are often very weak. This is why the majority of terrestrial cellular radio systems are built with strong modulation schemes as well as the large cost of error prevention overheads.

But a closer examination of the actual channel conditions will reveal that they are highly varied in the small-time intervals, and most of the time, every channel will exhibit excellent performance. So, the usual approach to engineering the channel to handle the worst-case scenario that only happens for a short period of time.

It is evident that if the channel can be adjusted sufficiently to be able to monitor changing conditions on the channel, the performance of a channel would be substantially enhanced. This is the premise behind channel adaption. channel adaptation can be a typical technique used by many broadband radio systems, and generally involves modification to the scheme of modulation, as well as errors protection overlay that is applied. Adaptive scheduling is also extremely efficient, allowing cells to make the most efficient use of the pool of channels available to different mobiles. Each channel will have a different frequency. 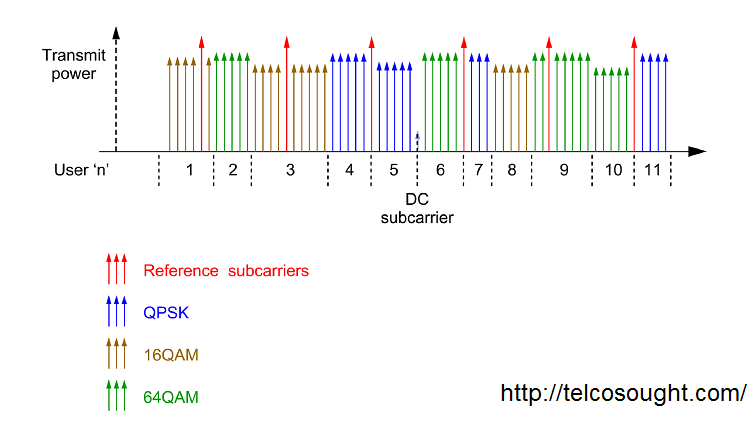 Within an OFDMA system, subcarriers in groups are allocated to multiple devices from the total channel bandwidth. So, multiple users are served at any one moment. In a system for scheduling that is fast, this assignment can change quickly. In addition, at any moment, a variety of subcarriers are in use as references. The positions of these reference signals can change over time.

The diagram illustrates an instance that a localized allocation subcarrier is used to create users’ subchannels. It is also possible for the subcarrier’s allocation by a user to be distributed across the channel’s total bandwidth in addition to the pattern of distribution to shift on a symbol-by-symbol basis.

When channel adaptation is employed, different transmit powers, modulation schemes, and error protection overheads will be determined for each resource allocated as appropriate to the needs of the service along with the radio channel’s conditions.