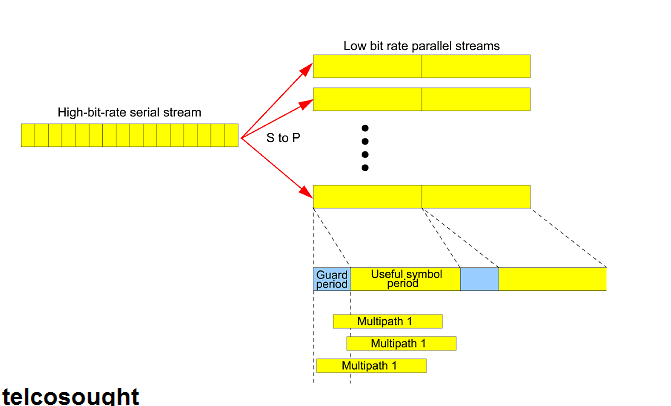 Hi Everyone in this 5g ran article we learn about OFDM resilience meaning. And its part is like the Resilience to Time Dispersion and Multipath Fading. So let’s learn more about it below blog keed reading

The efficiency of the spectrum isn’t the only benefit of the use of OFDM. It also shows high resistance to Multipath effects inside the channel. This includes blurring and dispersion of time.

Since the data rate of individual subcarriers of the channel is extremely small, the symbol time is also lengthy. The resultant symbol period tends to be much longer than the time dispersion which occurs within the channel. This means that a relatively easy equalization can be employed to reduce multipath, even though the net rate for the entire channel is extremely high.

Additionally, a guard time can be added to any symbol period to cover any expected dispersion of time of the channel. This will eliminate the bulk of time dispersion distortion that is present in the effective symbol period.

The guard period is typically made by repeating the final part of the symbol at the beginning. In this scenario, it’s called the prefix cyclic. 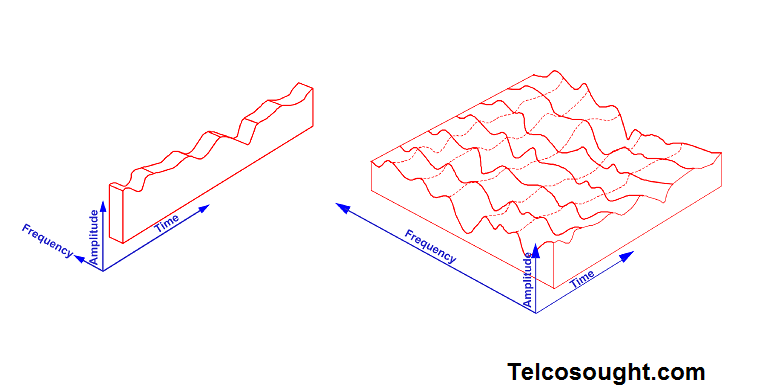 The tolerance for multipath-related fading stems from the broadband characteristics of the channel. A narrowband channel is likely to have flat fading characteristics, which means that the fading patterns are consistent across the entire bandwidth of the channel. The results of this can be observed in the figure.

OFDM channels, on contrary, is typically used to carry extremely high data rates, which is why they require a number of subcarriers that have an extremely large bandwidth. The bandwidth will outpace the bandwidth of coherence by a significant amount which means that different effects of fading will be evident across the channel. In essence, the wide channel allows for a greater degree of frequency diversity, which has the result in a better performance.

However, it’s wrong to believe that the benefits of OFDM is due to the fact that the channel bandwidth is broad. A single system of carriers with the same bitrate would also create a wide radio channel. Thus, a single-carrier system is also a benefit of this kind of frequency diversity to a certain degree.

When using a single channel system, the energy from each symbol is distributed across the entire radio channel, and every symbol will suffer distortion due to any fading that occurs in a particular section in the channel. When using an OFDM system, only the ones sent to subcarriers that are in the region that is affected by a fade will be affected by distortion. Subcarriers that transmit other symbols remain intact. It is also possible to modify the subcarriers that are used depending on the various properties of fading. This implies that only carriers with no fading are utilized.