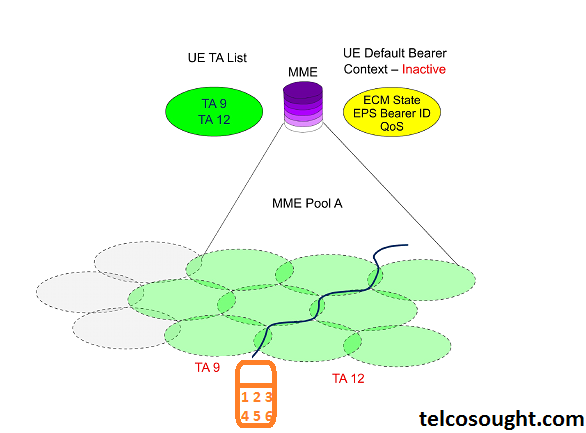 Hi Everyone in this article we readout EPC Support for Idle Mode and TAU, Paging. The MME that is currently serving every UE is accountable to ensure its accessibility. A TAU is triggered between the UE as well as the MME to which it is registered. And Paging is typically activated by the receipt of an S-GW Downlink Notification to the MME which indicates that data has reached the S-GW for the S5/S8 part of a parked EPS Bearer.

The MME that is currently serving every UE is accountable to ensure its accessibility. It does this by monitoring the terminal’s TA, which is where the terminal is situated.

The EPS permits a cell to be a part from multiple TA. This permits the UE to move within the contiguous TAs without the need to carry out TAU (Tracking Area Update), which can reduce the amount of signalling related to location that is required, however it could also enhance the amount of panning that is required for each UE connections.

The MME shows this increased mobility by keeping an TA list for every registered UE in which is the list of TAs for which the UE is currently registered for.

In the course of a TAU or periodically when the TAU fails to occur within a time-frame specified The MME is accountable for reauthenticating every registered UE and issuing the M-TMSI that is used to identify it.

If the UE is placed in the ECM-IDLE state , the default bearer is “parked” and the other designated bearers may be released or parked. To facilitate this MME, the MME retains the details of the current bearer contexts’, ready to reactivate them in the case of an UE or service request that is initiated by a network.

A TAU can cause the requirement to modify the S-GW responsible for handling the bearer contexts of an idle UE or the MME that it is registered. UE can be registered in the event that the newly selected cell is part of an S-GW Service Area that is different as well as an MME Pool. 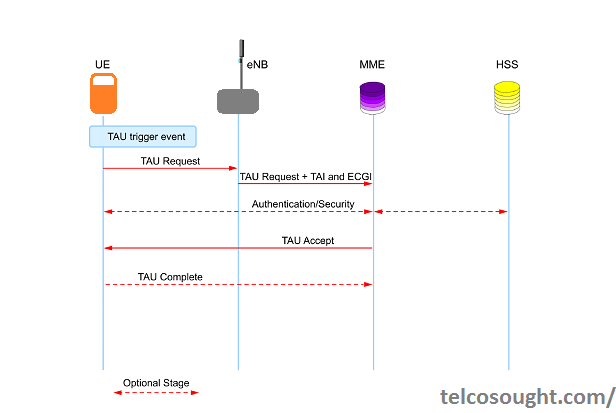 A TAU is triggered between the UE as well as the MME to which it is registered. It’s initiated by the UE notifying the MME of changes in the TAI following the reselection of a cell. TAUs are also utilized in the initial attachment process. It can also be activated by events like the expiration of the regular TAU timer, or as a part of MME load balancers or Rebalancing.

In the sample message flow this example, it’s assumed there is a connection between the UE connects to HPLMN and that an SGW modification and MME relocation are not needed. When it is detected that there is a change in TAI the UE sends a TAU Request email to the ENB. The TAU Request contains the old GUTI, the old TAI and the status of the bearer EPS.

It is the eNB transmits TAU requests (plus the TAI updated as well as ECGI) directly to the MME identified by the supplied GUTI. If the MME identified in the GUTI is not linked to the new eNB and the MME relocation will be initiated which will cause the base station to choose the new MME to send the TAU Request. If the integrity check succeeds, the MME can choose not to authenticate the UE. In the event that an MME is set to always reconnect or reauthenticate, or if integrity checks fail, the EPS-AKA procedure must be followed and a brand new GUTI (which contains the latest M-TMSI) will be issued.

After the MME is convinced that the UE/USIM is authentic and assumes it is true that the UE is permitted to roam within the new TA the MME sends the TAU Accept signal to the eNB that forwards it to UE. Its TAU Accept message includes the new GUITI, if assigned, as well as an updated TA List that is associated with the UE. This TA List enables the UE to determine the number of TAs it can move without having to do another TAU. The UE responds to a TAU complete message, which concludes the procedure. 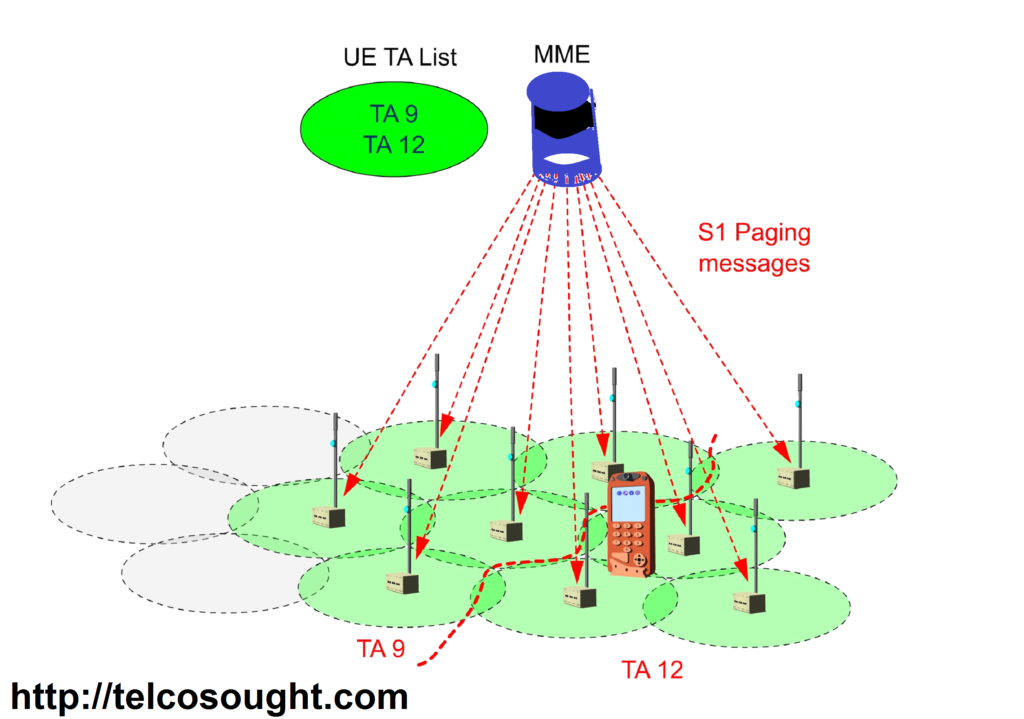 The principal function of the TAU process is to make sure that the MME is aware of the location of each UE is when there is traffic inbound to provide. Paging is typically activated by the receipt of an S-GW Downlink Notification to the MME which indicates that data has reached the S-GW for the S5/S8 part of a parked EPS Bearer.

In the event that it is required to call the idle user (that is an unconnected UE that has entered the state of ECM-IDLE) then the MME uses the paging procedure. Without a comparable router to RNC, the EPS paging process is handled through the MME in conjunction with eNBs. If a paging message needs to be sent it is sent to the MME examines the current list of TAs for the target UE, and adds the paging information into the paging messages S1 delivered to all eNBs that have the TAs indicated.

Every eNB adds the UE’s NAS identification number for paging (IMSI or S-TMSI may be utilized) into the correct repeats on its PCH (Paging Channel). Paging groups are able to be set up to decrease the PCH repeats each UE has to be able to monitor. The function of the reduction method is controlled through cell-specific functions called DRX (Discontinuous Reception) functions.

When a UE is notified of its paging and identified from the PCH. It begins the service request process which ensures that all “parked” EPS bearers are activating and ready to carry traffic.

You Can Also Read:-