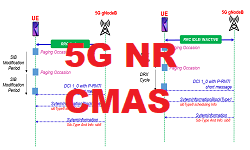 3GPP has introduced CMAS and ETWS as Public Warning System (PWS) services using cell broadcast capabilities to effectively provide text based alerts and warnings to the public via a broadcast message sent to an alerting area defined by cell site coverage. Cellular devices in that area will receive and display the alert to the user if those devices are enabled to receive warning messages.

Following figure show the network architecture for Cell Broadcast Services including the CMAS. 5G NR allow to use both reference based and service based architecture. 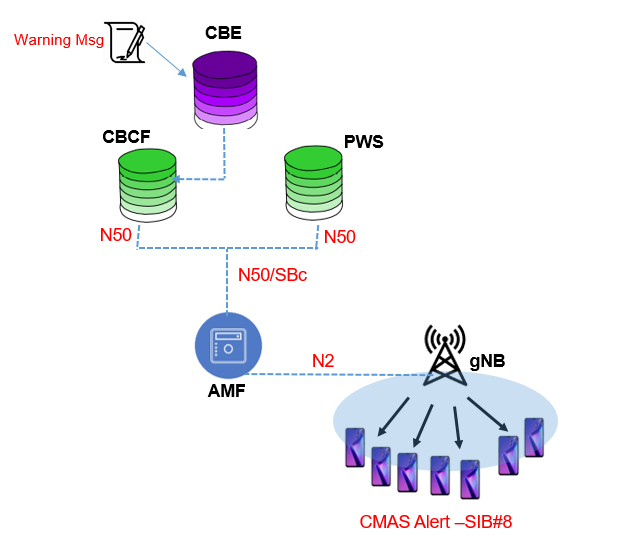 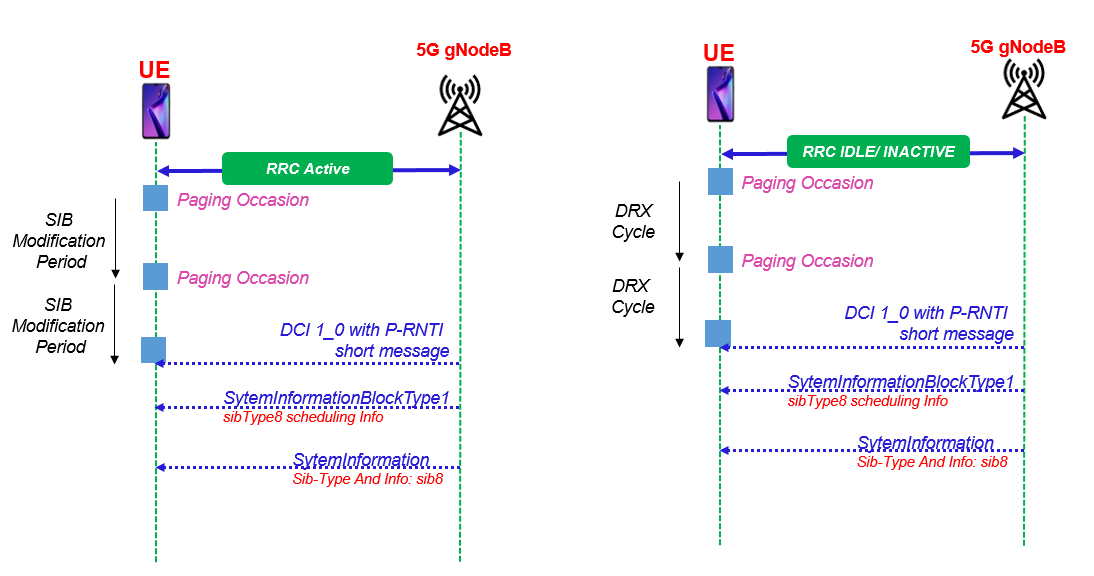