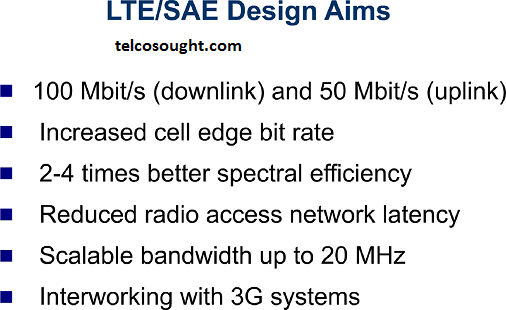 Overall in the topic, we discuss the development and design goals. And Its Key Technologies. The LTE has been ongoing since at least 2004. And many organizations promote their preferred technology and its solutions. LTE Standards Development UMTS  was introduced as part of Release 99 and from then onwards the 3GPP. So let’s learn more on brief with the topic.

The discussion about the structure of LTE and composition has been ongoing since at least 2004. With many organizations upgrading their preferred technological solutions.

The 3GPP brought some focus to the discussion in June 2005 by publishing Technical Report TR 25.913 – Requirements for Evolved UTRA and UTRAN.

TR 25.913 stated several objectives for the evolution of the radio interface and radio access network architecture. Targets included a significantly increased peak data rate. For example, 100 Mbit/s (downlink) and 50 Mbit/s (uplink), and increased the bit rate while maintaining the same site locations as are deployed for R99 (Release 99) and HSPA.

Other objectives include significantly improved spectrum efficiency (two to four times that provided by Release 6 HSPA), the possibility for a significantly reduced radio access network latency for both C-plane and U-plane traffic, scalable bandwidth with support for channel bandwidths up to 20 MHz, and support for interworking with existing 3G systems and non-3GPP-specified systems. 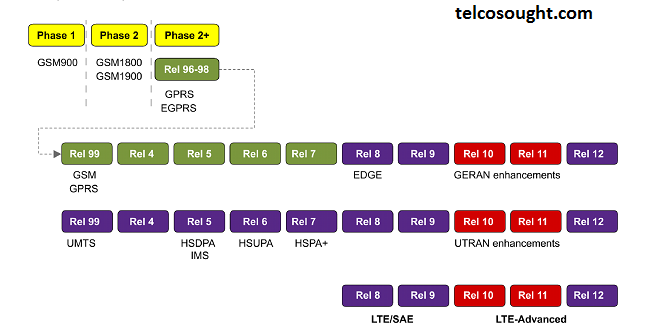 Since the publication of the first GSM (Global System for Mobile Communications) specifications in the late 1980s, the technologies and techniques employed by GSM networks have continually evolved and developed. GSM itself underwent a series of changes, from Phase 1 to Phase 2 and eventually to Phase 2+. Phase 2+ progressed with a series of yearly releases, starting with Release 96.

The UMTS (Universal System for Mobile Communications) was introduced as part of Release 99 and from then onwards the 3GPP (3rd Generation Partnership Project) 3G network technology has also been undergoing a process of evolution. The evolutions that particularly affect the air interface are mainly contained in Releases 5, 6, 7, and 8. Release 5 and 6 introduced HSPA (High-Speed Packet Access) – HSDPA (High-Speed Downlink Packet Access) in R5 and (HSUPA) High-Speed Uplink Packet Access, or Enhanced Uplink, in R6. Release 7 outlines the changes necessary to deliver HSPA+ and Release 8 specifications begin to describe LTE – the Long Term Evolution of UMTS. Specification of LTE, generally described as 3.9G, was completed in Release 9. Specification of LTE-Advanced, a full 4G solution, is detailed in Release 10. 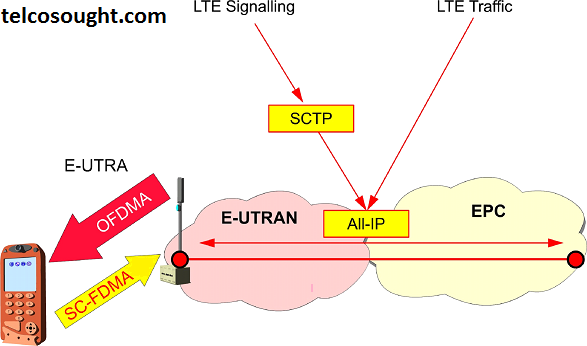 The LTE Test and evaluation carried out during 2007 led to the publication of the Release 8 36-series of specifications, which developed to detail the technological basis for LTE.

In addition to the air interface technologies, LTE simplifies the range of technologies employed in other parts of the network.

LTE is an ‘all-IP environment, meaning that all air interface, backhaul, and core network interfaces will carry only IP-based traffic. The need to support different protocols for different traffic types, as was the case with R99, is therefore avoided.

SCTP (Stream Control Transmission Protocol) was developed with the needs of IP-based signaling in mind and is used to manage and protect all LTE signaling services.