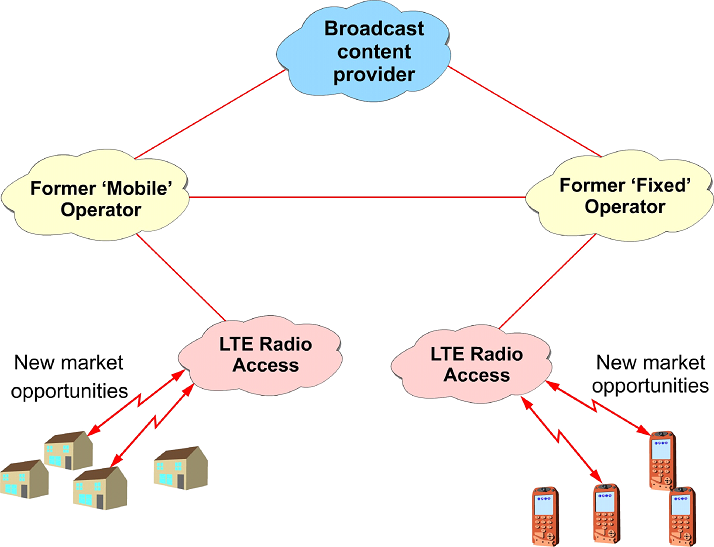 In this topic we learn Intorducation of lte Broadband Access and Architecture Terminology. So let’s learn about Air Lte broadband radio accress combib with EPC. And the Architecture terminologye that describe and  collectively the evolution of the RAN.

The Wide-area LTE radio access combined with the EPC represents a complete adoption the all-IP (Internet Protocol) and architecture. And offering broadband delivery capability with the potential for bit rates. The several hundred mega bits per second and QoS (Quality of Service) management suitable for real-time operation with the high-quality voice and video telephony.

LTE has a very important role in the overall telecommunications service convergence image. The LTE could provide a key to unlocking a truly converged fixed/mobile network for the delivery of quadruple play services. The lte potential bandwidth performance are adequate for the support of services ranging from managed QoS. And real-time voice or video telephony to high-quality streamed TV. Its flat all-IP architecture means that it can act as a universal network access for a wide range of core network.

The SAE (System Architecture Evolution) is the term that used to describe the evolution of the core network into the EPC (Evolved Packet Core). There is also a collective term, EPS (Evolved Packet System), which refers to the combined E-UTRAN and EPC.